As usual, I strolled with my roommate to the common kitchen at Grimberg (student residence at the sports faculty of the Ruhr University Bochum) to spend a nice evening with my friends.

Kristina and Claudi were already expecting us with great anticipation and the other buddies would not take long to join us. The time at Grimberg was a special time. Many students left their parents‘ home for the first time and moved into their first shared appartment, others even left the city to study in Bochum. Becoming an adult and still remaining a child. That was the time at Grimberg. Sometimes you did not have to leave Grimberg for several days.

What day is today?

This question was often justified, because the time at Grimberg did not play any role. That evening Kristina had brought a surprise from home. At her parents’ place she found several old things from childhood and among other things a cassette. Bravo Hits 11. On Tape. Two sides of finest tunes. The music system in the kitchen still had a tape deck – what a fate. Already the first song was a highlight, Max could no longer hold onto himself and made the railroad around the kitchen table to ‚Eine Insel mit zwei Bergen/An island with two mountains‘. These and other evenings should go down in history and remind me of a time that was marked with pure joy of life. Even today, I have a big smile on my face when I think back to that time.

The tape is to be understood as a symbol of this time, because it shaped the high points of this phase decisively. Well-known songs from childhood on a cassette – by no means ‘modern’ in the digital age. Still, these evenings were a highlight, when not every second song was skipped or five people were standing around the DJ desk to announce music requests. The tape ran and everyone in the room indulged in the atmosphere without thinking about which track to come next. This timeless atmosphere of the Grimberg was especially reflected on this evening. The tape has a special value as object, because through the music it brings us back to the feelings of those days. 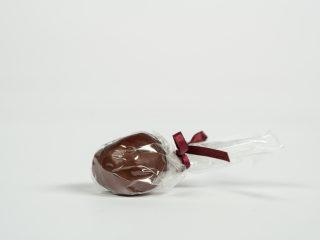